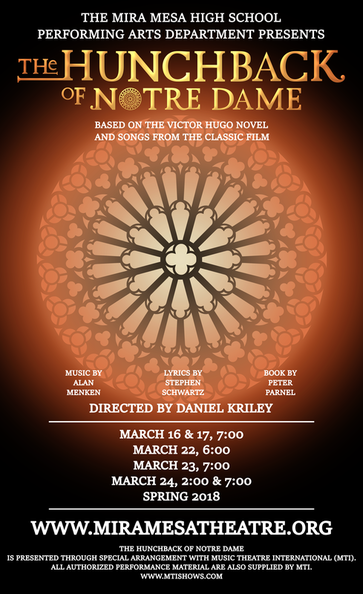 People often ask me, “What is your favorite musical?”   What a hard question to answer, and the answer is always changing. Growing up I remember discovering the musical appeal of Rogers & Hammerstein while I was still in grade school. I’ll never forget the day I was carrying my mom’s vinyl album of The Sound of Music to play at my grandmas when it slipped out of the cover and broke into two pieces on the kitchen’s hard torginol floor. “When the dog barks, when the bees stings – when you drop a family favorite album on the floor and it breaks in two.” When Les Misérables premiered in London’s West End in 1985 I listened to the cast recording until I could practically sing it backwards! Then there were Into the Woods, Aida, Phantom all personal favorites of mine.

In 2014 at our very own La Jolla Playhouse the staged musical version of Disney’s animated tale of the Hunchback of Notre Dame premiered. I was fortunate enough to have the opportunity to take students to see the production and the show quickly climbed to one of my favorites. I also saw an outstanding production of the show in St. George, Utah at the Tuacahn Amphitheater, as well as one at the La Mirada Theater in Orange County. I knew directing this show was in my future. Now I waited. Waited for the performance rights to become available for high school productions. Last spring the show was released for non-professional shows and here we are.

The Hunchback of Notre Dame marks the fifth musical I’ve directed composed by the remarkable Alan Menken, the fourth musical licensed by Disney Theatricals, and the second musical based on a story by French novelist Victor Hugo. I think this show is truly Menken at his most genius. He basically wrote two scores. One that tells the story of the Hunchback and a second score, a Latin mass, that is brilliantly overlaid, blended, and mixed with the story in the most beautiful way. To achieve this musical wonder the production calls for a full cast as well as a full thirty-two-member choir. Fifty-five of Mira Mesa High School’s top vocalist, along with 30 of our top instrumentalist joined the cast and orchestra respectively leaving us with the challenge of who is going to sing the challenging score for the choir. I decided to reach out to alumni from the past fifteen years of musicals. They volunteered enthusiastically, and the choir in the performances represents past shows as early as 2004’s production of Little Shop of Horrors to last year’s The Little Mermaid. I keep telling people this sure would be the kind of show you want to end your career with, so maybe I’ll do it again in ten to twelve years from now!

There is nothing like a musical set in Paris in the 15th century to give us some emotional, thought-provoking, ethical dilemmas about the nature of man and society. The music is beautiful, the characters are flawed, and the story delves into the darkest and brightest parts of the human experience.

I hope you have the opportunity to see the show! Tickets are selling fast, but are still available now at www.miramesatheatre.org or at the school’s Box Office.

But here is a riddle to guess if you can

Sing the bells of Notre Dame! 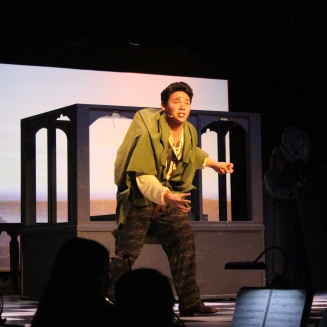 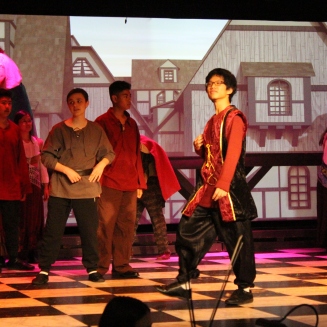 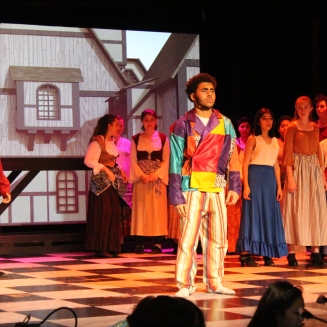